With only the best and brightest dentists, you're sure to get world-class care at ACDS. 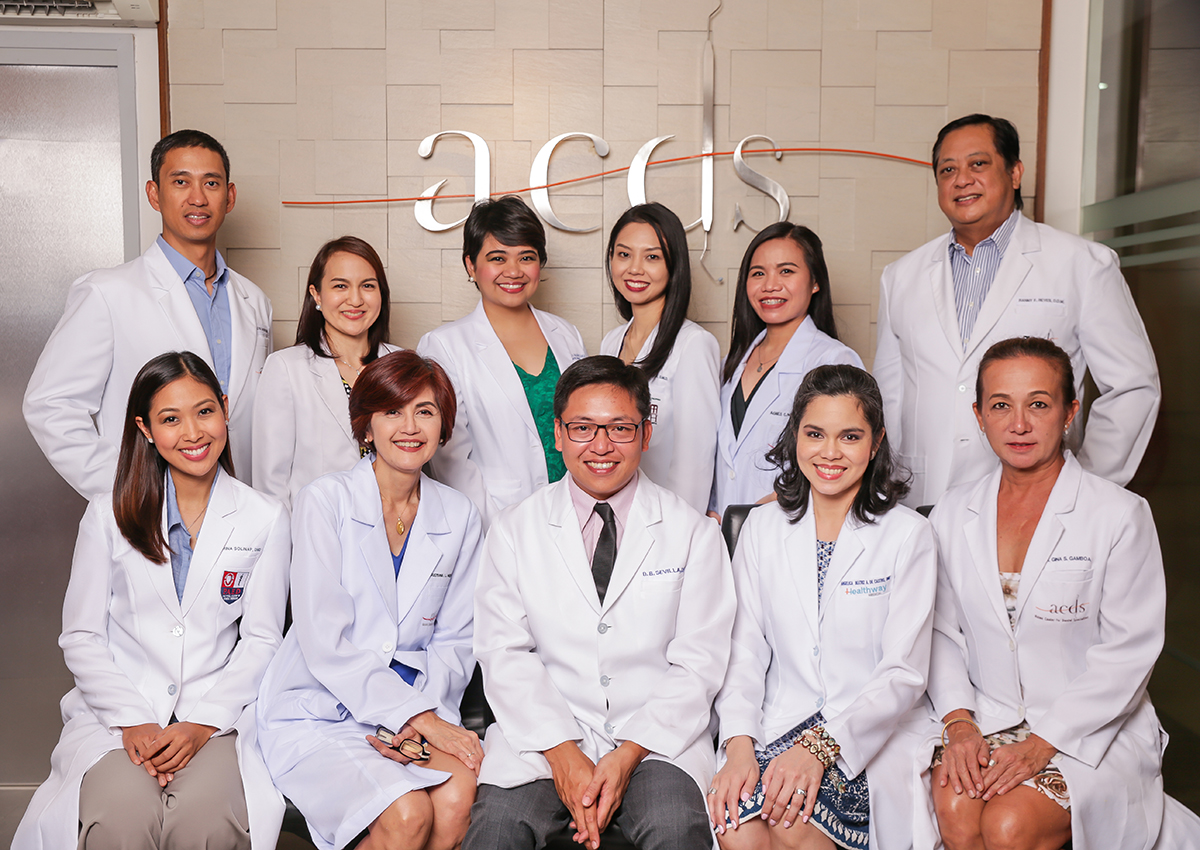 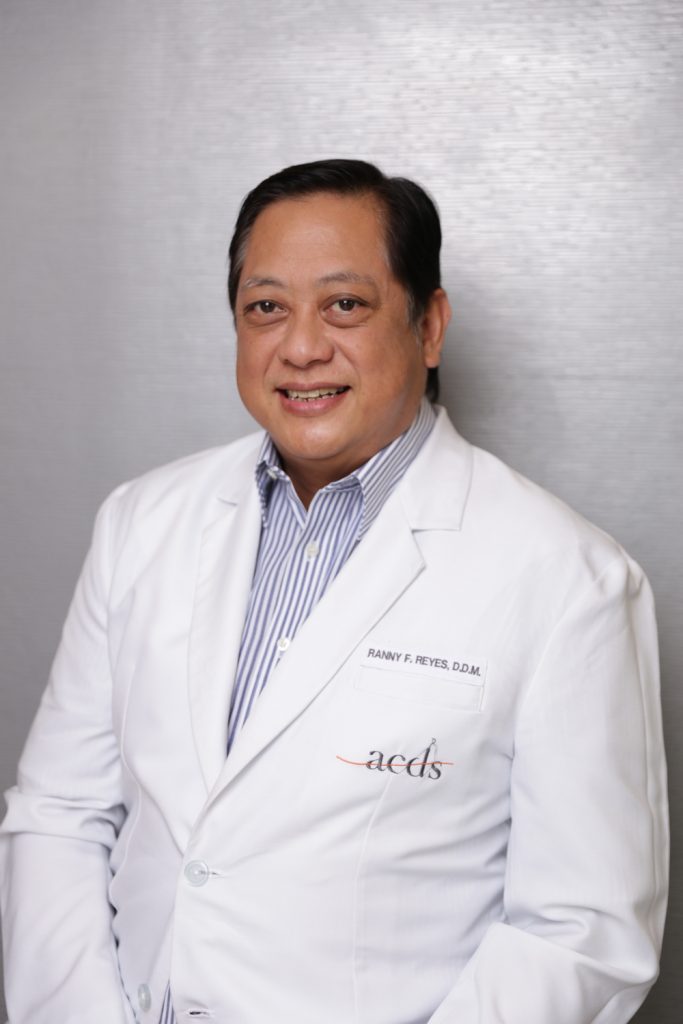 Bio: Dr. Ranny Reyes is a Periodontologist. His passion for Dental Medicine Education continued to grow stronger after graduating from the University of the Philippines in 1983. He took up a Post-Graduate Training and Research Fellowship in Periodontology in Aarhus, Denmark from 1986 to 1988.

Dr. Ranny's objective is not only to treat his patients, but also to educate everyone — especially the Filipino people — about the importance of dental health in one's overall well-being. 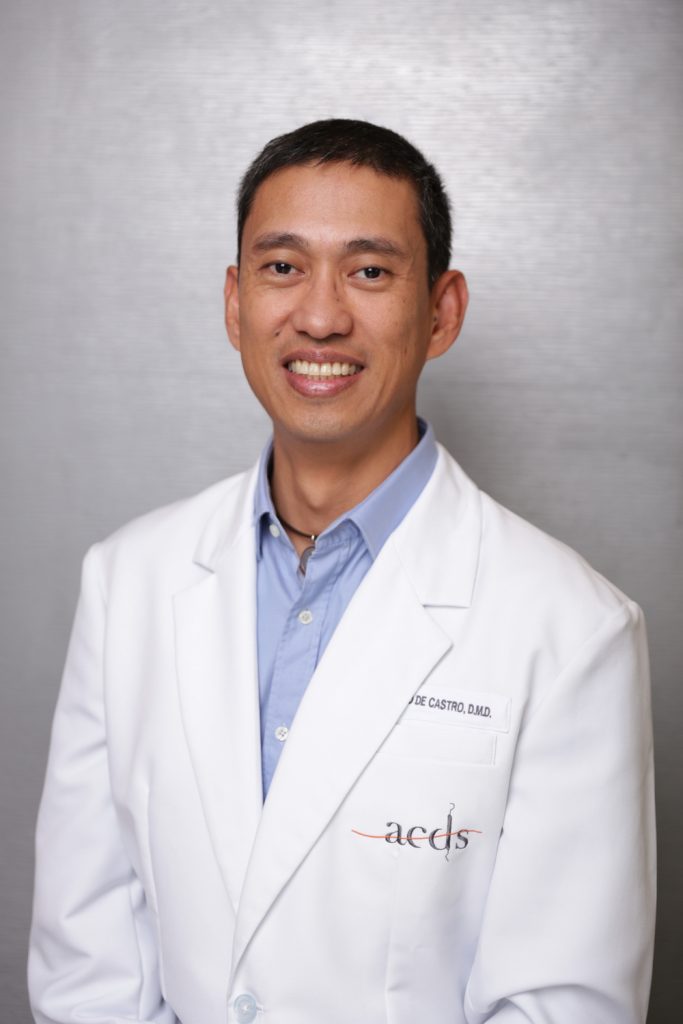 Bio: Dr. Leo De Castro is an Implant Dentistry specialist and Prosthodontist. He graduated Doctor of Dental Medicine from Centro Escolar University in 1993. He then furthered his education in New York University for his Post-Graduate Residency in Implant Dentistry from 1995-1997. He taught in Fatima Medical Science Foundation for 6 years. He became President of several organizations including the Alpha Phi Omega-Dental Association of the Philippines (2000-2001), Makati Dental Society (2002-2003), and CEU Dental Alumni Association (2004-2006). Dr. Leo was elected the President of the Philippine Dental Association from 2008-2009.

Dr. Leo has attended numerous seminars and training all over the world. He is also a member of different organizations such as: New York University Implant Department Alumni Association, Academy of Osseointegration, Northeast Society of Periodontology, The International Congress of Oral Implantology, Philippine Prosthodontic Society, to name a few. He also received awards and certificates for the many accomplishments he has done.

Even with all the achievements, Dr. Leo more importantly takes pride in providing his patients with the best dental service using his expertise and state-of-the-art equipment. 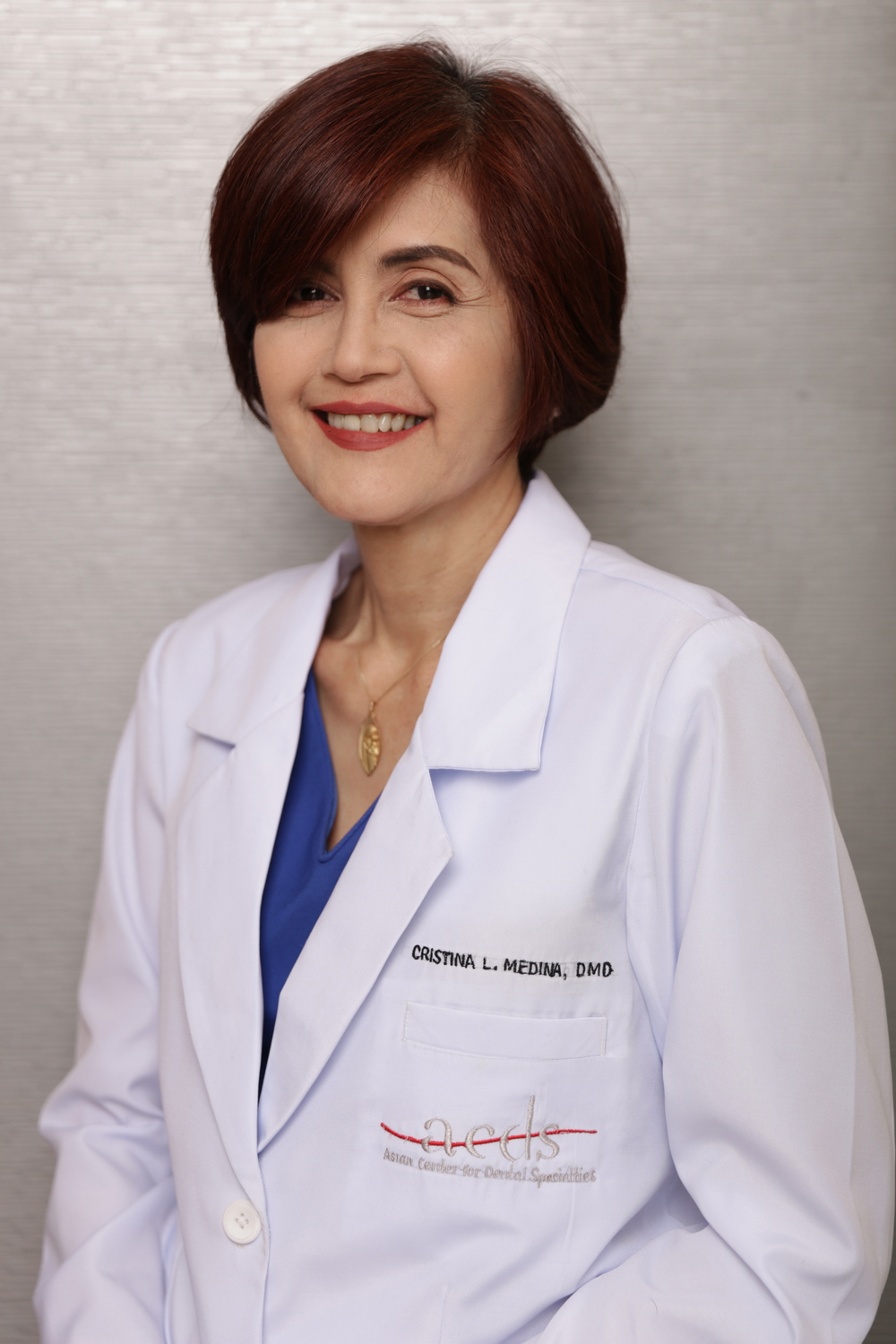 Bio: Dr. Cristina Medina is a Clinic Manager and General Dentist. She believes in treating patients with her gentle nature to put them at ease. Dr. Tina graduated Doctor of Dental Medicine from the University of the Philippines in 1981.

Dr. Tina was an instructor for Oral Histology, Anesthesiology and General Physiology at the University of the East College of Dentistry from 1981 to 1982. She has been actively practicing private general dentistry since then. She has been a school dentist to preschool children and children with special needs. She simultaneously has been a Real Estate Broker and Production Supervisor for a BPO company.

Dr. Tina is active in attending numerous lectures for her continuing education. She is now in charge of the day-to-day activities at ACDS, while at the same time ensuring the delivery of the highest quality dental care and facility she can provide. 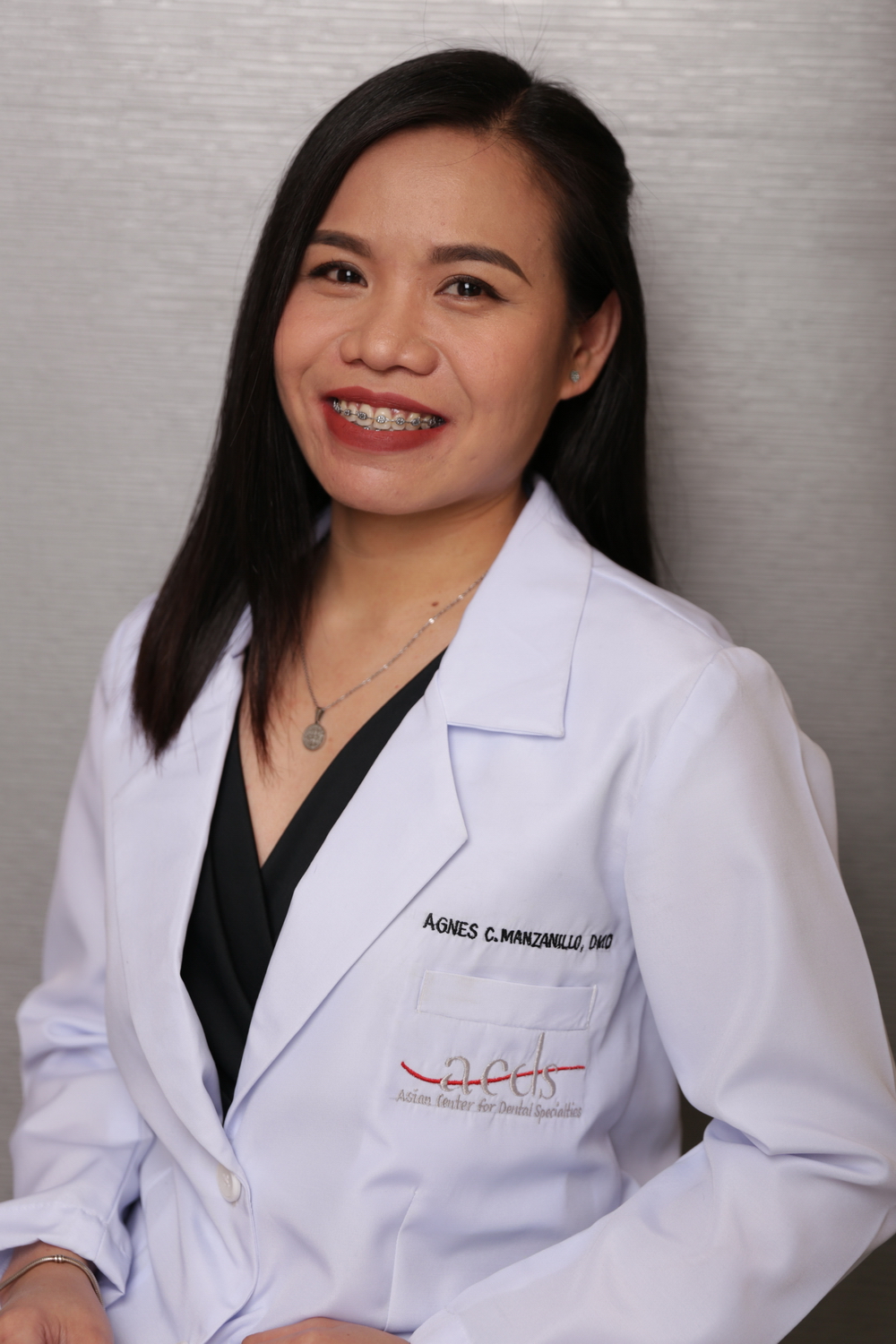 Bio: Dr. Agnes Manzanillo is a resident General Dentistry practitioner. She has a sincere desire to create a healthy smile for all of her patients, while making them feel comfortable in a pleasant environment. She obtained her Doctor of Dental Medicine degree from Centro Escolar University in 2011. She joined the 9th Dentsply Student Clinician's Thesis Contest in 2010 and was first runner-up.

She actively joins dental missions to serve disadvantaged patients. She also attended an Orthodontic study club in 2014 to supplement her clinical knowledge. Dr. Agnes is keen on continuing her education by attending seminars and lectures.

Dr. Agnes is usually involved in implant cases with Dr. Leo De Castro at ACDS, and is instrumental in providing premium treatment. 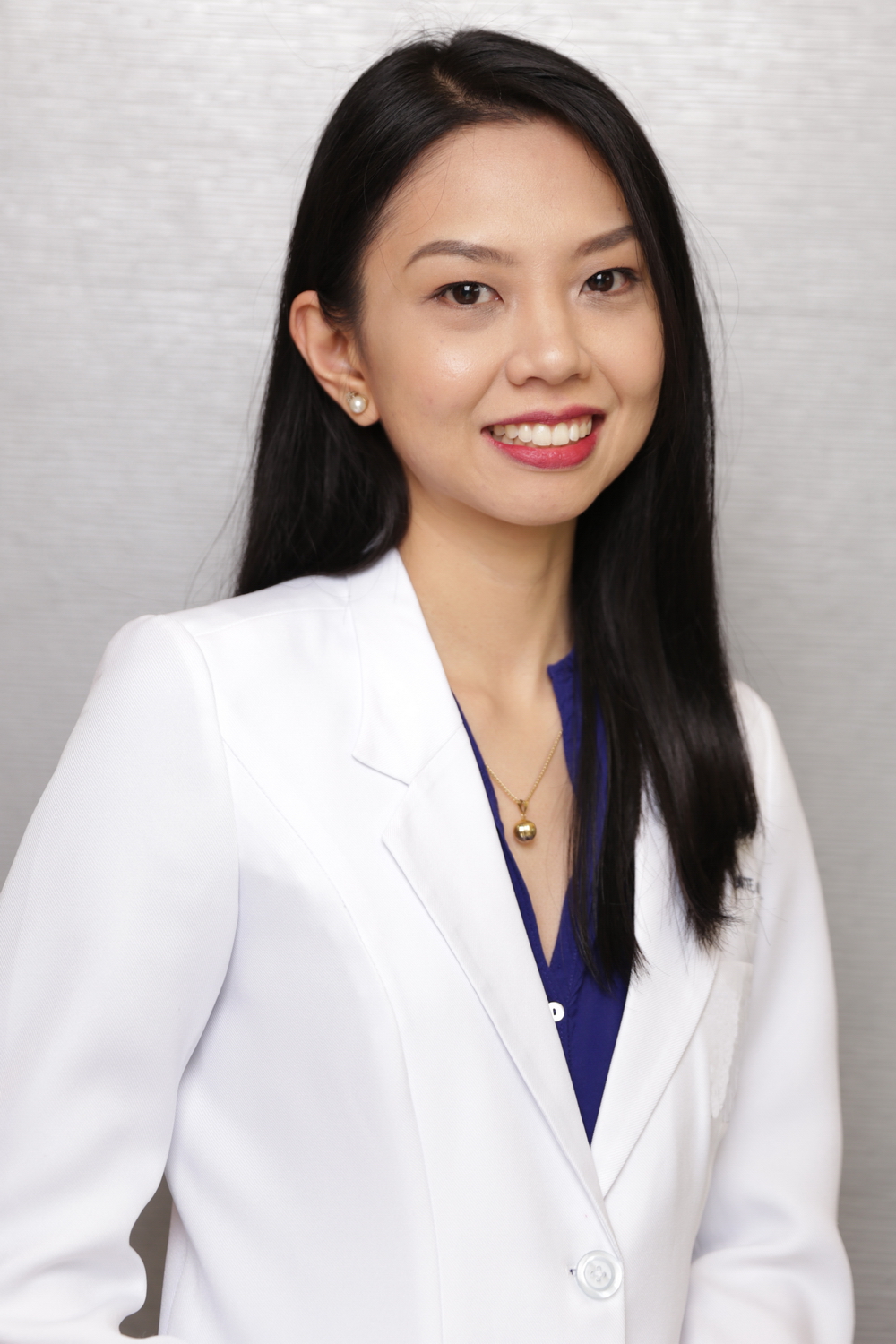 Dr. Sandy is committed to using her full skill in each treatment. She regularly participates in Dr. Ranny Reyes' Periodontal cases, and helps to promote the patient's optimum wellness.